Sophie is doing some amazing signing and singing!! 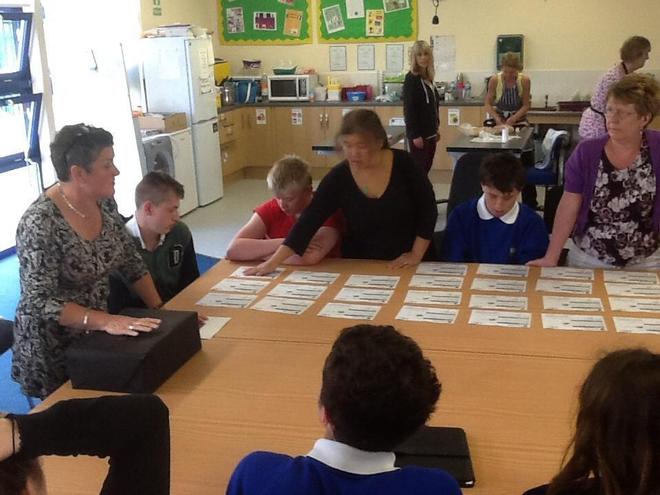 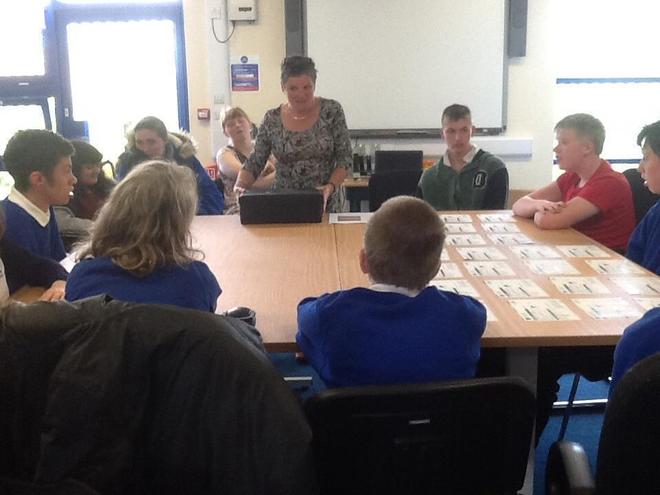 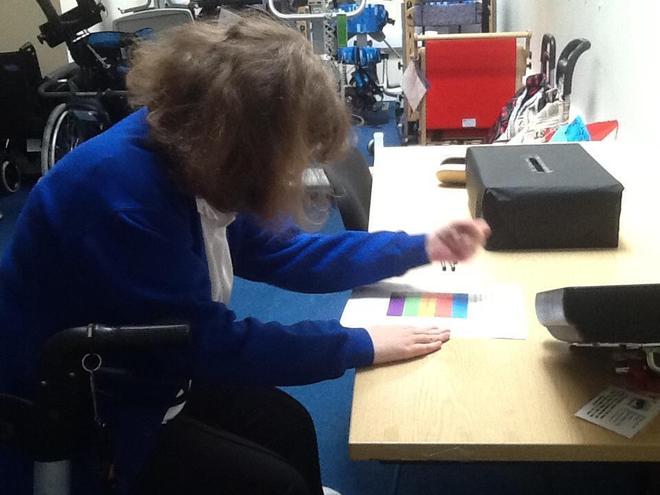 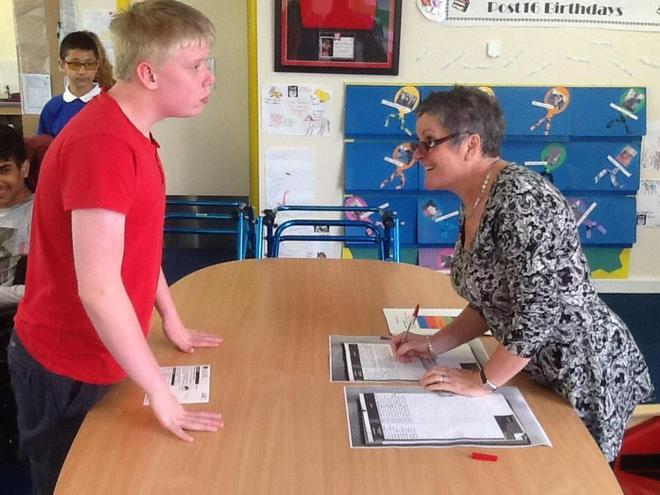 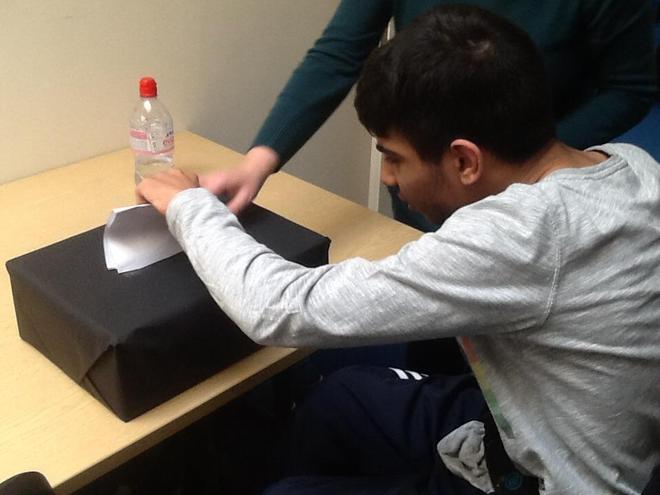 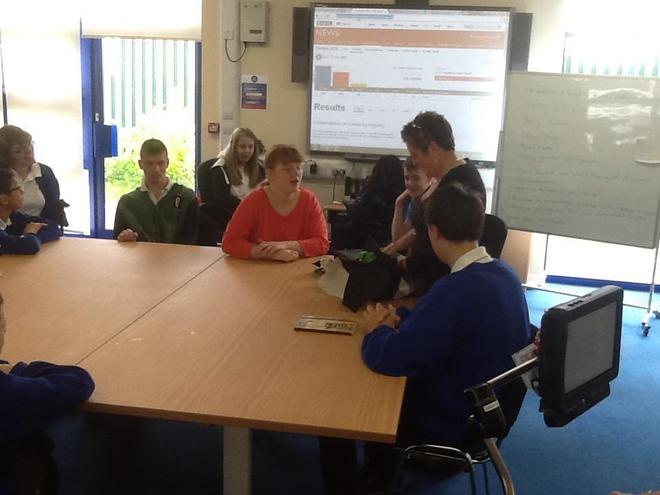 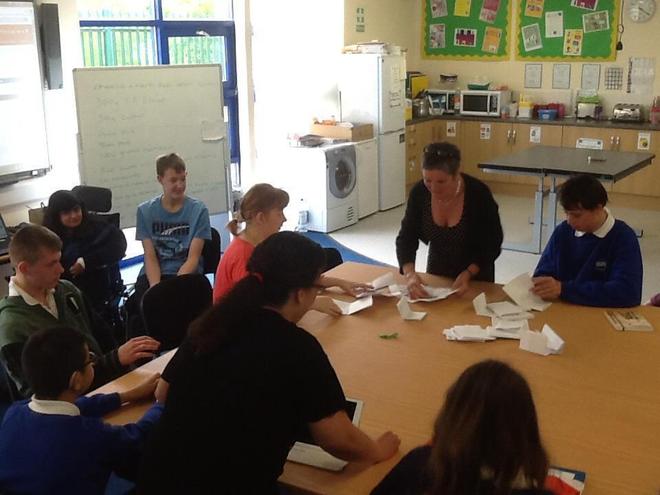 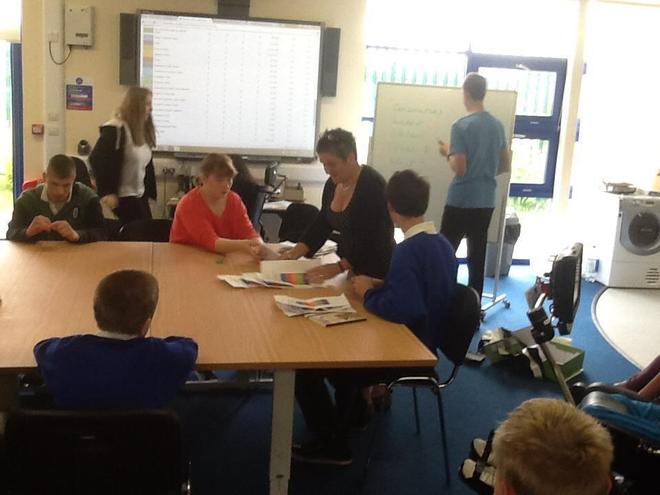 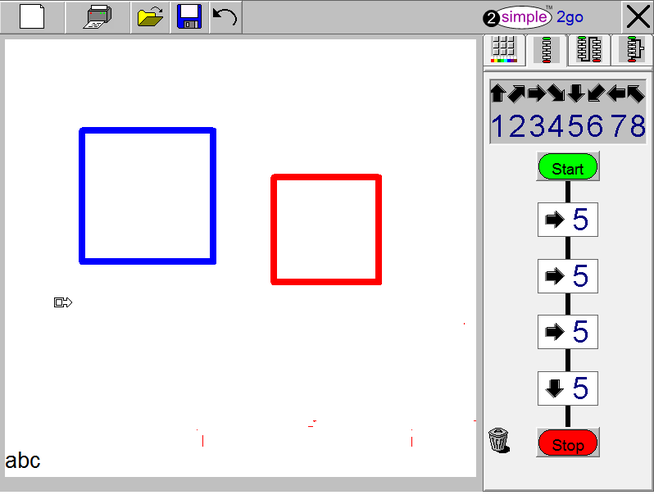 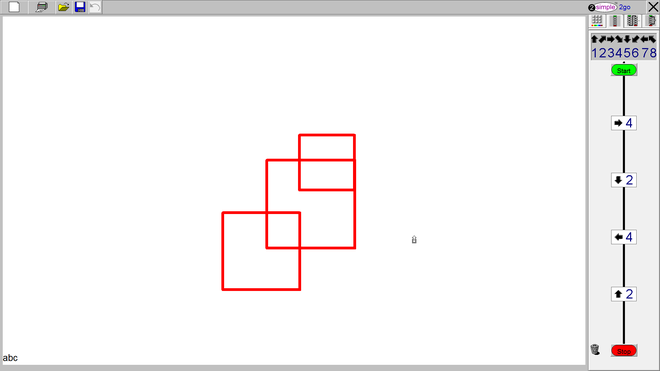 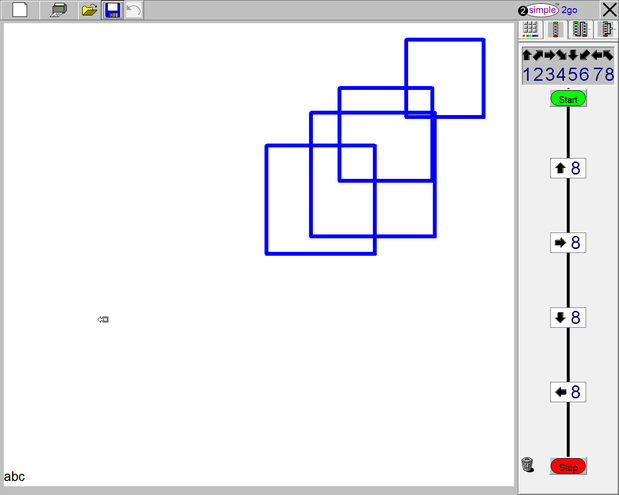 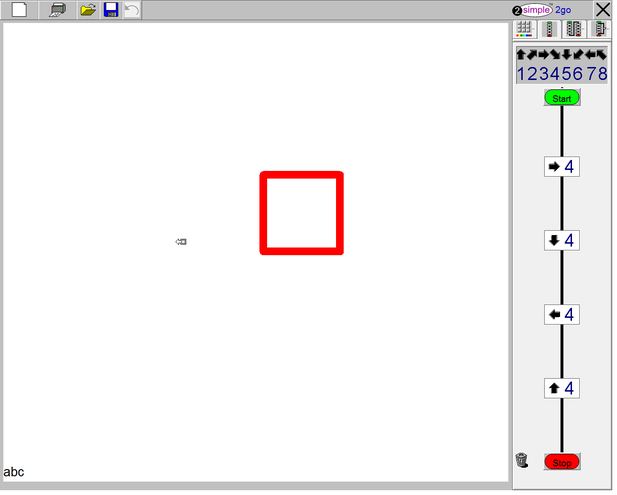 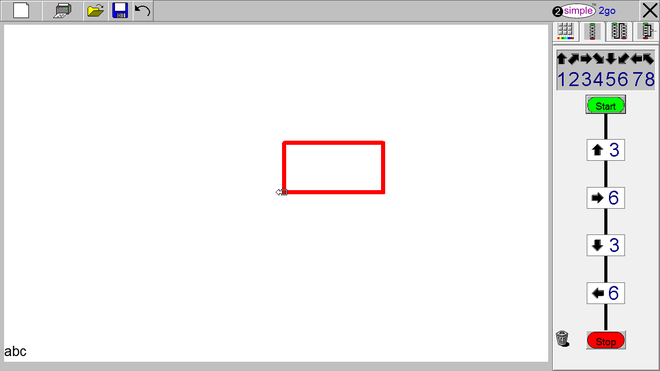 Dani even worked out a program to tell the computer to draw a diamond!

Waitrose visited Purple class and provided all the ingredients for a Winter Slaw which had grated parsnip,onion , red cabbage and orange .

We hope they will visit again!

Purple Class are visited by Waitrose

On 9th, 10th and 12th March eight pupils from Holywell school came to visit Purple Class.  We had three days of fun activities, which included making a music video and practising some songs for the music festival.

On 12th, we all went along to the Kings Park Centre to join in the Non-Competitive Day of the festival.  We performed a Calypso song with percussion, saxophone, guitar and some 2-part singing!  Then we played our Big Four-O birthday CD for everyone to listen to. This was the song we wrote together in November with the help of Bob Heath.  It’s an amazing Hip-Hop song and we all joined in by signing and dancing.  Ozan and Kieran’s solo dances were something to be seen!  Finally, we sang some songs together with the other participating schools.  Jay, Sofia and Rosie sang solos on I Believe I Can Fly – not a dry eye in the house!

Here are some video clips and pictures of their hard work.